Since version 5.01 of Nuevo plugin for video.js player, the Gold Plan now includes new Midroll videos built-in plugin. It was much more complicated to implement than preroll video. 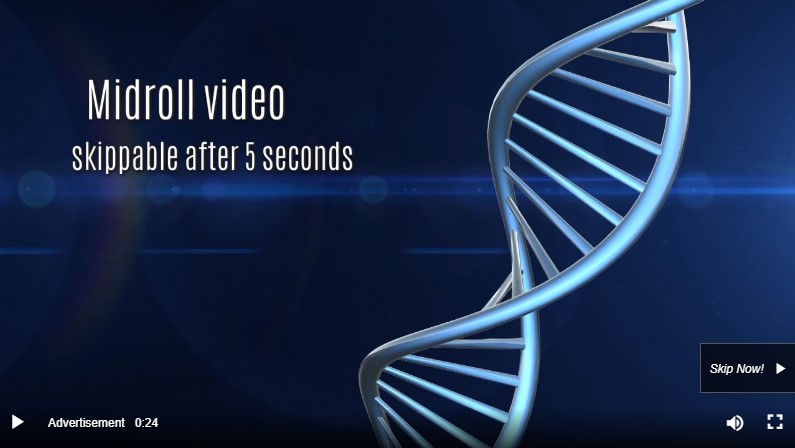 Midroll video introduced as a part of Nuevo plugin is especially useful for those who wish to present own video ads inventory in elegant way. It's relatively easy to setup single or multiple midroll videos.

Midroll video is played through separate video element. Disadvantage of such solution is that on iOS mobile device it starts playing muted. However we think it's better solution than have it playing through same video element non-muted, but reloading main video and seeking in time with buffering or reconnecting live video everytime when midroll is finished. Another tweak we made for midroll video is how it's playing on iOS device in fullscreen mode. Most of players have trouble with it. Even Google Ima Ads engine. In our version midroll does not start playing in fullscreen on iOS, but starts playing when user is back from fulscreen. When midroll playing, fullscreen option is disabled.

Important thing is to set video element with "playsinline" attribute for IOS or midroll (and any other midroll from any other ad network) won't play, or even block main video to play.

Live example of multiple midroll videos you can see on www.nuevodevel.com/nuevo/showcase/midroll

By clicking Sign Up button you agree to receive Nuevodevel announcements about new releases, updates, fixes, tips and new offers. You will be able to sign-out Newsletter in the future if you decide not receive Nuevodele messages any more.